My Pork Pasta Recipe: As Seen On TV 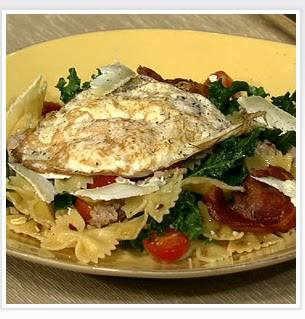 Seriously, it was a contest between food bloggers. Mine was a better dish, but a so-called "healthier choice" won. Oh well. There was another cuter recipe too, -c'mon they were lasagna cupcakes! How adorable they were to look at??!

But anyways - back to me and my pasta. I was on ABC's The Chew a while back and at that time, I had not shared my identity with the world. Now that I am no longer anonymous, there's no need to NOT share this recipe. I think it's pretty good, myself... but let me know what you think.

It's not a lo-cal version... but I wasn't counting calories then, either. So much has changed....!

Get the full recipe HERE.