How Daniel Changed My Life 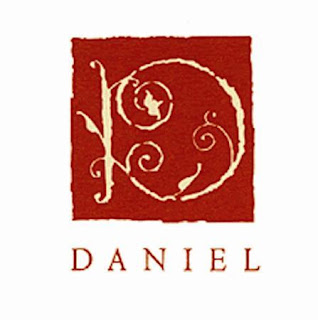 I really don't need to tell anyone about incredible cuisine at the famed Restaurant Daniel - because it's already been done. And it's been done in style -as it should be.

What I could tell you about is Daniel's wrath.... you know, what it leaves one of its customers once you've dined there.

I'm reminded of the Seinfeld episode when Jerry and Elaine have to take a flight back to NYC, and there's only two tickets available: one coach, one first class. Jerry takes the latter because, of course, once you've had first class, you can't go back.

Once you've been waited on with such attention to detail and service - you don't want to go anywhere else. And, when you do, you begin to compare -or better yet, contrast. That's right, foodies, you know what I'm talking about.... you become your own critic. Your palate gets sensitive and your expectations are so grand, that you are shocked if there is no Maitre D' or wine director at a fast food joint. You're officially a food snob.

Or even if you've dined at rival Per Se - you'll compare the portions you get there to what you get at Daniel for the same price. Granted, those who frequent either of these locales on a regular basis are not paying much attention to their pennies in their wallet - but maybe with the economy, they should.

My date didn't seem to mind spending over a William McKinley that night - but wow... the after effects of dining just last week still hasn't worn off. I realized, more than anything, that after Daniel and being treated to such a high level of ooh-la-la, I can never break up with my boyfriend either. Yes, it's that good. Stupid good. Zut alors! I'm so screwed....