Spread the Word: There's Something Seriously Tasty in Our Midst

It's so refreshing to see something that may seem like just another sandwich shop, be so much more.

Spreads Sandwich Shop is a bit new to the area, but the owners have been in the culinary biz for quite awhile. Spreads is a creation put together by by Maggie Talisman, Moshe Mallul and Mike Ezekiel - the forces behind the successful NYC lunch spot Dishes. The concept behind Spreads has more to do with the menu creations versus cookie-cutter type lunch spots that are peppered throughout the city.

What I like most about this place, is that almost everything is made to order and it is a

The Number 1 Must Avoid Chocolate Place in NYC: It's Like Number 2, Too...

Please! Tourists! Why are you bothering with Max Brenner's in Union Square? Does it look cool? Does it seem like real NYers would eat there?
Maybe so -
But DON'T.
I actually went there... because I just had to satisfy my curiosity. And there are times that I just wish I'd keep walking... but no. 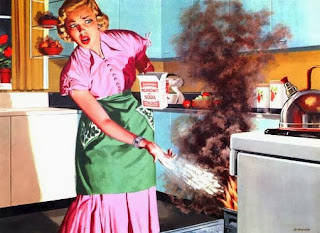 I'm actually ok with the fact that I'm a fiasco in the kitchen.

I'm better at writing ABOUT food, versus cooking it. It doesn't keep me from trying, but when I find myself in the room in my home that is cut out for making delicious meals, I end up creating an inedible "Franken-food" concoction that the dogs won't even eat.

To be truthful, I've actually auditioned to be on shows that might help me with my miserable misfires, but so far, I've made a callback or two, but haven't been selected. Maybe the networks think I'm just beyond help. And guess what? I can't blame them.

Celebrity chefs would not be prepared for my knife wielding techniques. I'm convinced that if I would attempt to chop anything with a carving knife in front of an audience, I might be arrested for inadvertent manslaughter.

NYC Foodie Girl recently attended a very special event hosted at the Metropolitan Museum for a Alba White Truffle Luncheon. When I received the invite, it seemed like I had won the lotto! What I learned about the "white gold" mushroom was extensive. What I wanted to share was the story behind the story.... How do they harvest truffles? Where do they come from? 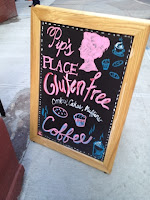 Gluten free has arrived in a big way, lately. Doesn't it seem all the rage?

A new "cakery" (versus "bakery") has opened in Midtown East: Pip's Place.

Here, you will find an assortment of savory and sweet. I, for one, have made it a mission to try one of each. 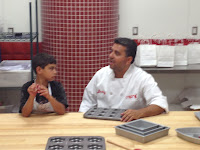 Recently NYCFG attended a press-only event in New Jersey that included not only testing out my very limited cake decorating talents, but also a chance to go to Carlo's Bakery and meet with Buddy himself.