Chef Coleman & Petaluma on The Upper East Side

Chef Coleman has a rich history in the restaurant industry, to include a host of restaurants in the Hamptons, as well as stints out in Las Vegas, Aspen and Miami. He’s cooked as a personal chef and is also in the catering business. In fact, he’s had the opportunity to cook for some very recognizable names such as Leonardo di Caprio, David Hasselhoff, Chef Rocco DiSpirito, Chef Eric Ripert, Melanie Brown -most widely known as a former Spice Girl and now, from America’s Got Talent fame. You may even recognize Chef Coleman himself, from Bravo TV’s competition cooking show, Chopped. 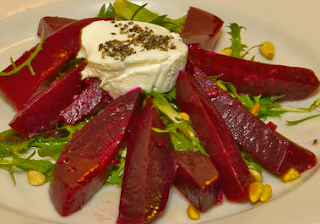 As I entered the doors of Petaluma on Manhattan’s Upper East Side, an obviously-Italian-cuisine-based restaurant, I wondered if Chef Coleman had found his niche, and above all, why was he here? When I spoke to Chef, he admitted that his first official training was in an Italian-American cuisine. As expected, the menu was jam packed with the typical fare of Italian what-nots: pastas, risottos, pizzas, etc. However, that’s not what we ordered. We let the kitchen decide what we should try. So, Chef brought out some dishes that were a spin on some classics, just made better.

Seems like this chef’s specialty lays beyond the menu listings. Each table at Petaluma has a small sample of fried olives served with a kind of marinara sauce brought to the table once you are seated. I was not expecting to really like them, if I’m really honest about it. But, surprisingly, I did! I liked them without any dipping sauce and ended up devouring them before I knew the dish was empty.

However, that was just something to hold the table over before the fresh salad garnished with radishes and dried papaya arrived. I didn’t recall seeing these fresh greens on the menu -but I certainly didn’t argue when it was offered, either. However, the octopus with the imported Bufalo mozzarella was exceptionally well prepared. By equal comparison, the real meal of a piece of tuna was literally one of the best I’ve ever had. It was grilled perfection. The char was not too much, not too little. I felt like it was fresh caught and turned into a meal at that very moment.

I appreciated the healthy options that the kitchen sent to the table versus to the heavy pastas and pizza choices. In fact, I found out that Chef Coleman even works with the First Lady Michelle Obama’s Healthy Eating campaign and is a member of the World Association of Chefs.

That’s what I discovered most about Chef Coleman, he’s a is a “hands-on, put my own signature on it” kind of that uses a “no holds barred” yet passionate approach. While he may have come from the sport of boxing in his earlier days, he certainly knows his way around the kitchen -maybe even more so than a boxing ring. He notes that just like boxing, he is also looking for a challenge and wants to know, “How can I get better?” because he firmly believes that there is always room for improvement.

Speaking of improvements, Petaluma will close its doors on July 8th for renovation. Whether or not Chef Coleman will be a part of the new venture once it opens, its a bit of a mystery. Let’s stay tuned to see where he lands next. I’m certain that it will be as adventurous as his culinary spirit and I truly look forward to dining wherever that might be.