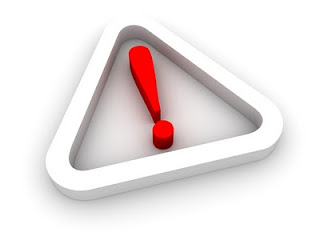 Did you ever go into a resto with a reasonable expectation, and then it was completely destroyed as soon as you set foot in the door?

Instead of running and screaming, you decide to stay because you really WANT to give a place an equal chance.... and the whole time you're questioning WHY you're still sitting there?

Welcome to my world.

Arriving at Ethos (U.N. - 1st Avenue location) was the first hint that something was awry. I used OpenTable.com to make my reservation as usual. Yet the hostess was completely dismissive when we arrived... as if we were bothering her to check in. There's nothing like a icy welcome to start off the evening.

However, we were seated in a decent spot within the restaurant and ended up with a friendly server. She seemed to care (at first), so this was a little better than the Ice Queen reception. But getting drinks -including just tap water- proved to be a long waiting game. Friendly, yes. Competent, not so much.

For the record, I ordered Tsatziki, Hummus and Kalamata (Black) Olives -because those are my staples in a Greek restaurant. They were to go along with the pita bread... which, well... was more like packing material as opposed to something deliciously consumable. And not everything arrived as ordered. Getting one out of three appetizers ordered was not terrible, but it's certainly not good business practice. I made a mental note to just check the receipt before paying so we weren't charged for items that never arrived. I was quite finished with the cardboard bread and didn't need to continue going down that bad, tasteless road....

But I hung in there as an optimist.... I was hopeful for the traditional Greek salad. Oh well. My bad. (Literally.) Another disappointment. The tomatoes were over-ripe and the cucumbers had no flavor. At all. I remember the experience in Athens and Rhodes to be much different. Reminder to self: that was Greece. This was New York City. Ok. Over it. Give the main dishes a chance, ok? (I repeated this to myself several times...)

My companion ordered the lamb - because most Greek restaurants can't screw that up. He was satisfied with it, but admitted it was a "bit overcooked." I think he was being nice. When I tried a piece, it was pretty tough. Last I checked, lamb should be chewable.

I ordered the Keftedakia (Greek meatballs) for myself. Why? I'm not sure. Why didn't I go for a fish dish? The Med has good recipes for seafood.... but I don't think what you would order from Ethos would make any difference... it was over-cooked or poorly flavored. The temperature of the dishes at this location were totally off. The salad was even room temp. I like mine crisp and chilled, thanks. Entrees are generally preferred hot and edible. Again, Ethos was a disappointment.

After we finished our so-called "meal", the waitress talked over 20 minutes to a neighboring table. She was nice and personable, just not very good at delivering food on time or listening to customer requests. After our initial order, she had completely forgotten us and another table -where that party was audibly annoyed and started to leave without paying for the bill (both tables - including us - had asked a couple of times for the check - but were left waiting for an incredibly long time).

Believe me: I won't return to this location. There were too many problems when there's an abundance of really good places in this city to eat. Ethos is an Eat? No! Avoid this locale. A food cart would be more deserving of your dollars.