Aldea is Not "Ideal" 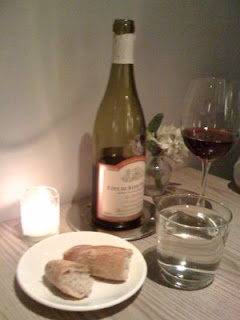 Now honestly - I entered this restaurant with a few expectations, but nothing too high. I just didn't know how low I would have to go in order to get a whole lot of nothing...

At first glance, Aldea's design and overall set up of its limited space wasn't optimal. The bar is cramped and too far forward. I waited to be seated by somewhat inexperienced hostess that wasn't sure which table was ready or where she was really supposed to be taking me. If I was smart, I should have taken the cue and RAN. But no....

So while aimlessly following the unknown, I started to look at the ambience -or lack thereof. I couldn't help but notice the obvious fake plants and bad choice of wall color (gray-tones). One could be overwhelmed with blah. It's like they wanted modern and a Japanese flair -but it just missed its mark. Big time. So far, not so good.

The booth I was seated at was comfortable enough, but there was another obvious design flaw; when looking above my head, I saw an unsightly gap between wall and ceiling, apparently this was for lighting that did not work.

Oh well. Maybe the food will be better. I was hopeful.

Not so fast there, Quick Draw McGraw!

The very first item to be offered at the table was bread. Should be simple. Notice the word, 'should'. Aldea seems to think that rubbery is a good texture for its bread. Yes, like 'rubbah' - and forget the 'butt-ah' because in lieu of butter, a dish of olive oil was offered. Sans cracked pepper or sea salt. Olive oil, plain, with rubbery bread. Fail.

Then came out the appetizers. Maybe something direct from the kitchen would make up for poor design, confused staff members and bread not even good enough for pigeons at Union Square.

The Knoll Crest Farm egg was too complicated and WAY too salty. The Pickled Ramp Bulbs and Tah Soi was supposed to be served with crispy pig ears, apple and cumin yogurt. Ummm... not quite. Too much apple and the pig ears were soggy and anything BUT crispy. I'm not sure what the chef wanted the dish to taste like, but hopefully he wasn't TRYING to put crap on the menu. That's just what it ended up being.

The 'Jardin' salad was so-so -and thusfar, the only thing that was worth a second tasting. Nothing like mediocre salad being the only edible dish, right?

Too bad I was really hungry. I stayed around to wait for my main course of Arroz De Pato. This final dish was a huge fail-o-rama. It didn't help that when it was served, the waiter didn't even know how to present it. He mentioned that it was "Uh... duck. Confit? With... uh... sauce." Perfect. Even HE is confused what should be on my plate. (sigh)

Truth be told, Aldea -which has only been open for a couple of months, has a new name, "Al-dee-ah Dia-rrhea." I can say for certain that I will not visit this establishment again -nor would I recommend anyone to attempt to visit without a good dose of Immodium afterwards.